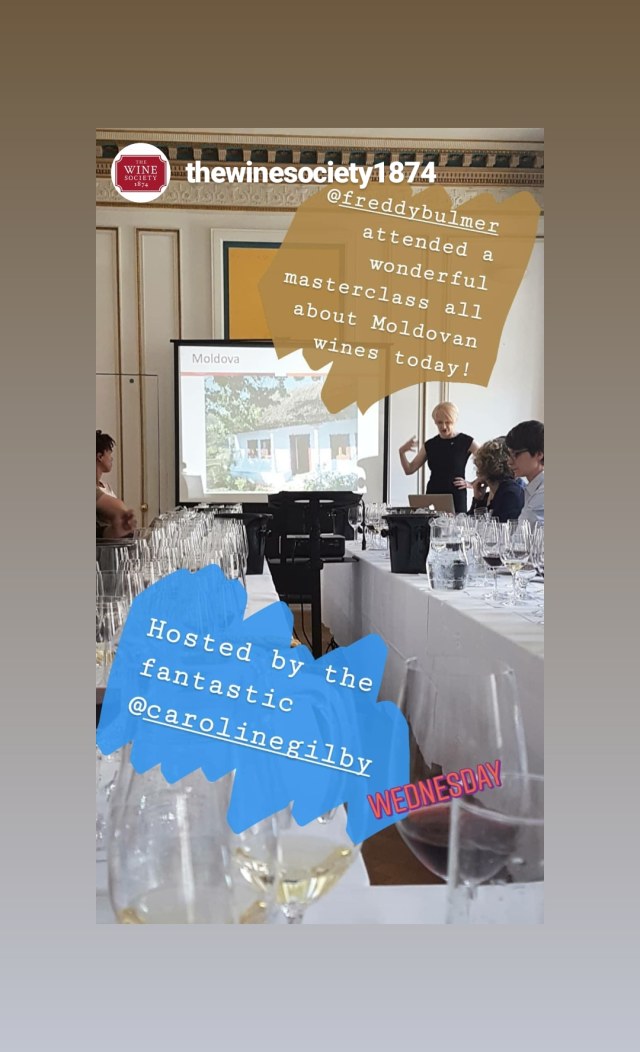 10 October 2018 found me in London to present the wines of seven Moldovan wineries on behalf of importer Novus B H Magister Wines. This is run by two Moldovan sisters who want to put wines from their home country back on the map. I am really passionate about Moldova, and feel it is so often overlooked, yet with 81,000 hectares of noble vines it is bigger than Bulgaria, Hungary and even New Zealand. It grows more vines per person than anywhere else on earth and so many here people depend on grapes for living, which is great motivation to get it right.  Moldova is a country very close to my heart and I wanted to tell the story of how its winemakers have reinvented themselves after brutal economic and political battles to emerge with a new generation of exciting wines. 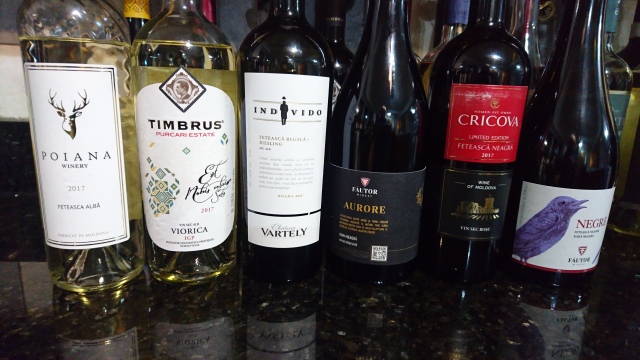 My first masterclass took a look at Moldova’s indigenous grapes or at least those indigenous to the region, given Moldova’s shared viticultural history with its bigger neighbour Romania. The small newcomer Poiana in the cool rolling hills of Codru was first with their fresh, apple blossom-scented, delicate crisp Feteasca Alba. This is a winery that believes in minimal intervention to protect their beautiful wooded environment. My second choice was Viorica  from Timbrus estate near Purcari, established as recently as 2013 by Spanish investors.  This is a truly local grape with exotic muscat-like aromas and zesty acidity, created in Moldova in 1960s.  The third wine was the Individo Feteasca/Riesling blend from Chateau Vartely. This  was the first private winery set up in 2004. Winemaker Arcadie Fosnea trained in Germany and brings precision and purity to his white wines, this blend combining the more textured Feteasca Regala with crisp Riesling. Moving onto reds, I began with Fautor’s Rara Neagra from its new Aurore range.  This is a grape that looks promising as Moldova’s red flagship – moderate in colour and tannins but capable of elegance when vinified well – as it is here by a mother-daughter team. Next I moved onto black cherry and violet toned Feteasca Neagră from the state-owned winery Cricova with its legendary underground cellars dating back to the 1950s. The winery has recently invested in its own vineyards and much improved winemaking.  I then moved on to blends, the first, the superb Negre from Fautor bringing together Rara Neagra and Feteasca Neagra.  The final wine was 5 Elemente from Equinox – a impressive blend of 5 varieties from Moldova’s pioneering first small private winery (organic as well). As owner Costia Stratan explained, it came about in 2010 when he had such a tiny crop he blended all his grapes together – he liked the results so much he kept the concept. 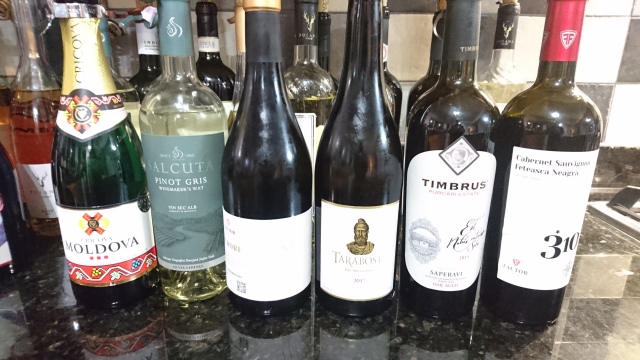 My second session was to take a look at what Moldova can do with international grape varieties, possibly less intriguing to press and the trade, but important to benchmark what Moldova can do with grapes that consumers understand and are more likely to buy from a country they don’t know. This line-up began with a traditional method sparkling wine from Cricova. Most famous for its huge cellars (55 km) and famous wine collections, it’s been making sparkling wine in the cool limestone caves since the 1950s. These are hand-riddled by a team of women who hand the role on from mother to daughter. Then came the benchmark Pinot Gris from Salcuta, one of the first wineries to understand that investing in its own vineyards would stand them in good stead for the future.  Next came the unique and surprisingly delicious blend of Sauvignon and Albarino from Fautor – one of the  advantages of lack of regulation here is that wineries are free to experiment with their own blends. Chateau Vartely’s top Taraboste blend – based on sleek  barrel-fermented Chardonnay along with Pinot Gris and Sauvignon was another example of a very well-made blend. Poiana’s crunchy, red-fruited Cabernet Sauvignon rosé came next. Moving onto reds Saperavi may be of Georgian origin but it appears to really suit the growing conditions in Moldova, exemplified in Timbrus Estate’s bright, crushed berry version.  The line-up concluded with 310 Cabernet Sauvignon/Feteasca Neagra from Fautor, named for the  altitude of the vineyards which are some of Moldova’s highest. Here the touch of Feteasca Neagra added a unique local twist to the dark cassis Cabernet varietal character.

Moldova is a country that has undergone a complete revolution in its winemaking in the last dozen years or so. It will more than repay another look  at its wines, offering  both fascinating local grape varieties and very well made wines from international grapes too. And all offering excellent value for money. Noroc!

Read more in my book “The Wines of Bulgaria, Romania and Moldova” 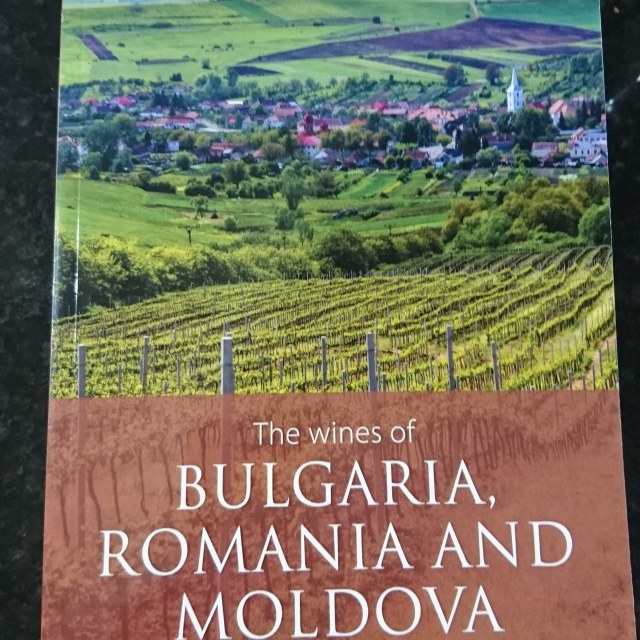